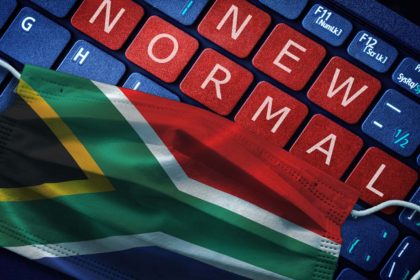 This Political Research Note was prepared by JP Landman in his personal capacity. JP is an independent political and economic analyst.

A proverbial storm has developed around South Africa’s procurement, or the perceived lack thereof, of Covid-19 vaccines. People are understandably anxious. JP Landman compiled this note from publicly available information, and trust readers find it useful.

What Is Approved And Available?

Currently (though this changes all the time), there are five approved vaccines available in the world. All of them require two shots, administered roughly three weeks apart. One must therefore distinguish between doses and number of people treated – two doses are needed for each person.

What Is Still In Development?

The World Health Organisation (WHO) reports that some 50 vaccines are in development worldwide, so more and cheaper vaccines are sure to follow.

What Has Been/Is Being Distributed?

All vaccines must be cleared for use by the regulatory authorities in the recipient country. While the numbers change daily, 33 countries have acquired one or more of the five approved vaccines to date and have started inoculating citizens. Thirty countries are using Pfizer/BioNTech, four are using Sputnik V, one Sinovac and two Moderna. (Some countries use more than one vaccine.)

In practice, some countries are doing much less than the headlines suggest. Hungary has less than 5 000 people on Pfizer/BioNTech and another 3000 on Sputnik; Mexico has 1 500 people on Pfizer/BioNTech (paid for by a private philanthropist). Brazil has 6 million doses for 220 million people, but nothing has been distributed yet since the Brazilian regulatory authority has not approved it. The European Union acquired Pfizer/BioNTech vaccines centrally and started distribution among some of its members at the end of December 2020. (President Ramaphosa has launched a similar initiative for the African continent – see below.)

Wealthier countries are obviously better placed to buy the vaccines. To date, 53% of the estimated supply of all vaccines in phase three clinical trials (not just the five approved to date), has already been bought by countries that make up only 14% of the world’s population. Some countries bought enough doses to vaccinate their population three times. Canada bought for five times its population, the US for about three times, and the UK for two times. At some point vaccines are going to be given away…

The springbok and wildebeest of the plains know that there is safety in numbers. The same goes for vaccines – pooling resources gives one a better chance of obtaining a vaccine. The best chance for poorer countries to acquire vaccines is through the Covax programme run by the WHO and GAVI, which involve 64 countries, philanthropic foundations and manufacturers. The richer countries pay more to subsidise poorer countries, and donors like the Bill & Melinda Gates Foundation also contribute. To date, 2 billion doses have been acquired for Covax (enough to cover one billion people). South Africa is participating in this programme and has paid the 15% deposit required (R283 million). The country will receive doses for 6 million people.

On 8 November 2020, before any vaccines were available, President Ramaphosa set up the African Union (AU) programme to acquire vaccines for the continent at large. It supplements Covax. To date, 270 million doses have been acquired from AstraZeneca (through the Serum Institute of India), Pfizer and Johnson & Johnson (although the latter is not approved yet). It will be distributed according to population size (not case load) and South Africa will receive enough doses to vaccinate a further 6 million people. Finance will be available through the African Export Import Bank, repayable over five years. The AU is also negotiating with the World Bank on behalf of African countries for access to a further $5 billion in financing for vaccines.

Between these two collective schemes 12 million South Africans will be vaccinated.

The country is also negotiating with individual suppliers outside these initiatives. Vaccines for a further 750 000 people (1,5 million doses) will come from the Serum Institute of India – Treasury has confirmed that the terms of agreement have been agreed and delivery is expected in February. The table below summarises the status quo:

Clearly, the popular narrative that South Africa has missed the boat because we did not deal with individual suppliers, is a bit off the mark.

Procurement is also not straightforward. The Serum Institute wants 100% payment upfront (which is tricky within Treasury rules), while Johnson & Johnson (pending approval) requires an insurance/indemnity arrangement should there be negative consequences from the use of the vaccine. Prices also vary widely – in December it was leaked in Belgium that various vaccine prices varied from $2,15 to $21,78 per shot! Easy to pay more than you have to.

The 12,75 million people for whom vaccines have been procured is about one third of the target population of 40 million government wishes to vaccinate. So, vaccines for another 18 million people will still have to be procured through Covax, the AU and direct negotiations.

The target of 40 million may be too ambitious. There are only about 40 million adults in the country and the vaccines are not authorised for children under 16. That implies a vaccination rate of 100% for all adults. (Judging by the number of teenagers infected at rage parties one can only hope for a speedy under-16 approval.)

The country’s 1,5 million health workers will be first in line for vaccination, followed by 16,5 million essential workers, people with co-morbidities and people over the age of 60. We should know by April when all the over 60s will be vaccinated.

Current estimates are that the vaccination programme will cost a total of about R10 billion. The money will be provided for in the February budget together with whatever other financing mechanisms are being considered.

With enough doses in the pipeline for 12,75 million South Africans, and more vaccines likely to be available soon, the attention must switch to the logistics of getting those doses from OR Tambo Airport to Kakamas and Mthatha and Ulundi. Not just the doses – also the syringes, the personnel and all other resources needed. It is a daunting logistical task – more so than the 2010 World Cup or the 1994 election, as the president pointed out. He therefore appointed an inter-ministerial cabinet committee to oversee the logistics. It also gives journalists a point of entry to keep the public informed.

A perspective on dates is in order. It took the world about 11 months to develop and clinically test the first vaccine. That is extraordinary. The vaccine for the 1918 flu epidemic was only made available in 1945. It is a singular achievement for mankind that this vaccine was developed in such a short time.

What you can read next 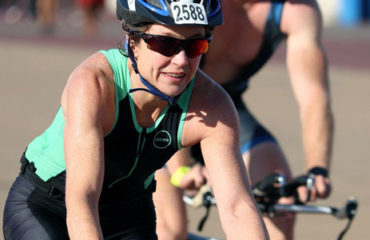 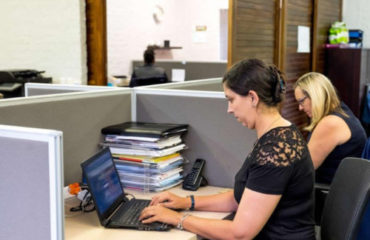